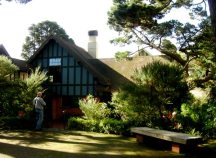 Another day, another visit to a lovely building. This time, it was the Forest Hill clubhouse to attend a meeting of the West of Twin Peaks Central Council (WTPCC). This is a group of some twenty neighborhood organizations, including Forest Knolls Neighborhood Organization, The Woods, and Mt Sutro Woods Home Owners Association.

Here’s my take on it  — and things you might want to act on.

San Francisco Rec and Parks  had a bond issue back in 2008 and want to come back for more. Though Dawn Kamalanathan made an excellent presentation, with pictures of kids and playgrounds, I got a sense of skepticism from the room.

The first set of questions related to the funding: If SFRPD borrows $185 mn from the public, it will have to pay interest and then pay it back… with taxpayer funds. Where, people wanted to know, are the repayments coming from?

The second issue was that SFRPD has spent money on extensive capital improvements, but it doesn’t have the operating budget to maintain them – or indeed, anything else. One example was JP Murphy Playground, where they renovated and improved the clubhouse, and then laid off the director and closed it down. Someone else quoted a park in her area, where improvements were made and all the gardeners laid off or retired and weren’t replaced.

A third set of concerns – where I also spoke – was about the Natural Areas Program and how funding it is leading to tree felling, habitat destruction and a growing use of Tier I and Tier II pesticides. Is this a good idea to fund?

Later, someone pessimistically told me that bond measures always pass because they’re paid for by home-owners but voted for by renters – and renters are the majority in San Francisco. I dunno.  I was a little puzzled at the tone of the whole thing. It was not exactly, We really need to do these specific things, and so we need the money. It was more like, We really want to raise some money, and so you tell us how you want us to spend it. Odd.

As readers of this site will know, the old Crestmont project slated for the dead end steep slope on Crestmont Drive has been revived in a new guise: San Francisco Overlook. (My article on the original project is here.) An Environmental Impact Report has been submitted to City Hall, and it’s under review.

The WTPCC wrote a letter in support of the Mount Sutro Woods Homeowners Association, which is spearheading the resistance to this dangerous project. (The picture here is the steep slope just above the planned development.)

Jon Golinger made a presentation explaining that though the San Francisco Rec and Parks Dept (SFRPD) is making maybe $500 thousand a year from Coit Tower, it’s not maintaining the place at all. Lights are broken, signs are outdated and warped, and worst of all, there’s water damage on the historic murals. Meanwhile, SFRPD wants to change the concessionaire and rent out the space for private events.

The group is trying to get enough signatures to put a measure on the ballot to force SFRPD to spend some of the money it makes off Coit Tower in maintaining and improving it. If anyone would like to collect signatures for them before Feb 4th, please email me at fk94131@yahoo.com, I have a signature sheet. Their website is at ProtectCoitTower.org

Every ten years, San Francisco’s districts are redrawn, based on population. This year, the growth in population in District 6, because of all the new building there, means all the lines have to be redrawn. Here’s the preliminary draft of the proposed new districts.

According the the tentative plan proposed by the Redistricting committee, Forest Knolls, Miraloma Park, Mount Sutro Woods, and Galewood Circle,  The Woods and Twin Peaks Improvement Association would all move to District 8.

The concern for WTPCC is that such an arrangement would mean that the concerns of the homeowners of the current District 7 would be over-ridden by the quite different concerns of the voters on the other side of Twin Peaks. They have made a different proposal. In the map below, everything within the blue boundary would be D7. (The colors denote the various Neighborhood Organizations.)

I think it’s a pretty good option, but I’m concerned that Mount Sutro goes into an entirely different district. Rising as it does above our neighborhood, everything that happens there (at least on this side) affects us. If the trees are felled and there are landslides when their roots die, our neighborhood is where they’ll land. If they start using pesticides as the Natural Areas Program does regularly on Twin Peaks, it’s our area it’ll wash into. If the tree-felling destroys the windbreak, guess which neighborhood gets the wind?