I thought for sure Halloween would be rained out this year, or completely upstaged by the giant Giants Victory Parade being held downtown. But I laid in candy nonetheless, and plugged in a large plastic pumpkin in front of the house. By 5.30 p.m. the weather had cleared. I could see excited little princesses and superheroes running down the street in the Loop.

Thanks to the organizers for this year’s efforts! (And if anyone wants to publish their Halloween pictures here, send them in!  fk94131 at yahoo dot com) [Edited to Add: Here’s a cute ‘Officer E and his sidekick Owl costume picture someone sent me.]

This year, we had a fairy and a princess, a Giants fan and Black Widow (from the Avengers), a tiger-kitty, and a dramatic Voodoo priest accompanied by a large and shaggy bear. They all got candy, except for the bear. “Never feed the bears,” he said, as he declined.

Meanwhile, the parade was a huge success despite the rain.

This picture was actually taken earlier in the month from Twin Peaks, but I figured an orange-lit City Hall is an appropriate one to celebrate with. GO GIANTS! 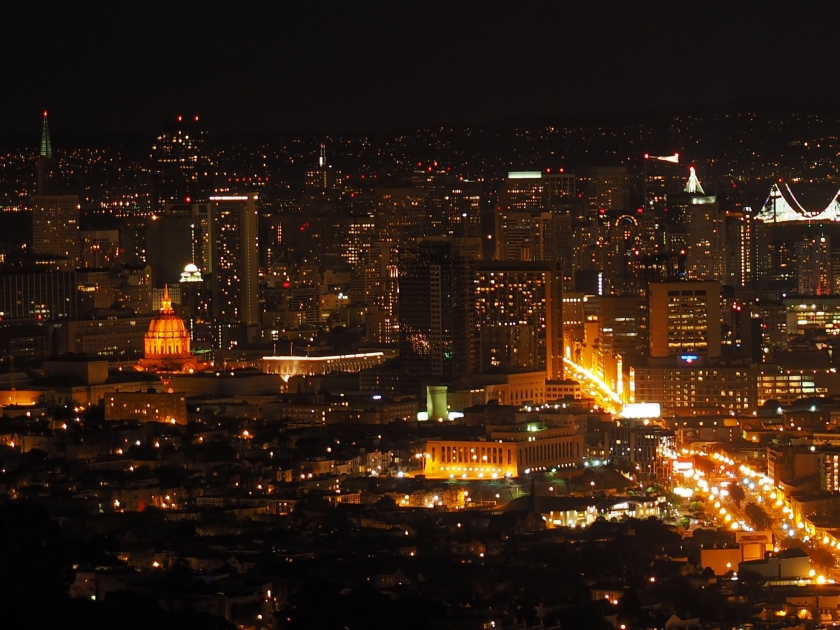