I was out of town until yesterday, and flew back on the 4th of July. The first thing I noticed was that a *lot* of people on the planes and in the airports wore celebratory clothes, almost as though they were trying to make up for having to fly on the holiday. Amid the men and women wearing T-shirts with flags and eagles, there was a cute  five-year-old in a blue-starred bodice and a red-and-white striped skirt. 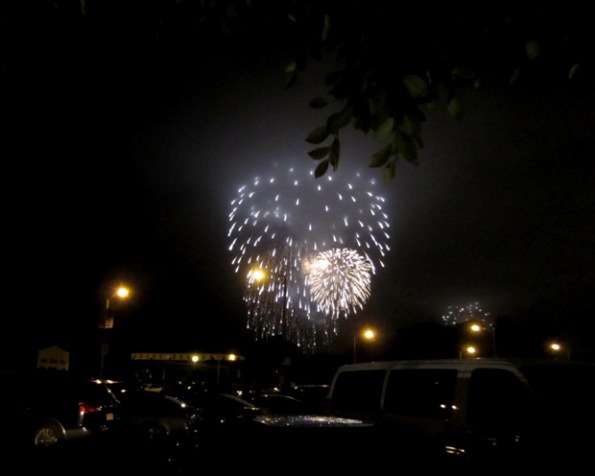 Usually we watch the fireworks from Tank Hill or Twin Peaks, but last night we drove down to the Marina and watched, double-parked, from near the Safeway. It was splendid, and I’d forgotten how different it feels watching from up close. (One year we did the Hornblower cruise, and it was amazing… we’ll probably do that again some time.)

And did you hear what happened in San Diego? The entire 17-minute 4th of July fireworks display went off in about 30 seconds… they’re still trying to figure out the technical glitch, but the result was spectacular! 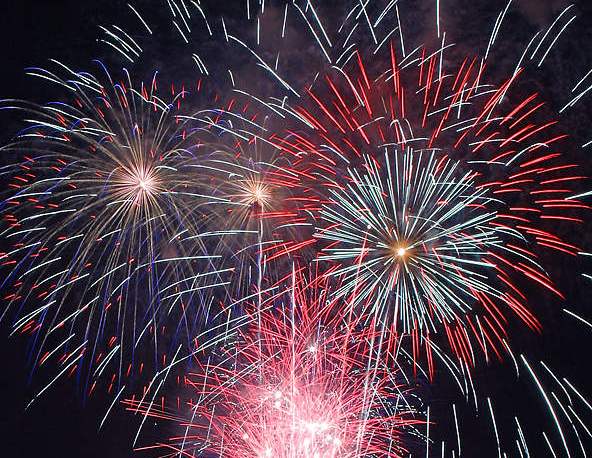 Though it was over soon after it started, it was indeed Awesome! (as some commentators are heard to say over the squawking car alarms…)