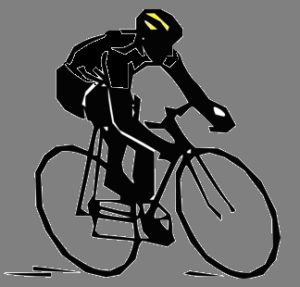 I want to start this piece by saying I like cyclists. They do their bit for the city by using an unpolluting form of transport, by being out there and visible rather than floating by in anonymous steel objects, by setting a good example.

Hence this article. Last night, driving downtown, I passed a cyclist on Polk Street. He was dressed in black. He had no light or reflector. He swayed as he zoomed through what is still a fairly busy street, on some occasions swinging far out of the bike lane. He didn’t stop at red lights or Stop signs.

He was surviving on the alertness of strangers. We’ve all been there once in a while, the “oops” moments when other people’s good driving saves us from our mistakes. This guy seems to be making it a life-style.

(I also saw several other cyclists go through red lights, but they were dressed more brightly and rode less fast.)

I like cyclists. Alive and unhurt. Stay that way, okay?

6 thoughts on “Death-wish on Two Wheels”