One of the delights of living where we do is being so close to wildlife. I don’t mean just the raccoons or the hawks – but actual whales! I’d been seeing Youtube video of humpback whales in Pacifica, barely 15 minutes south of us. 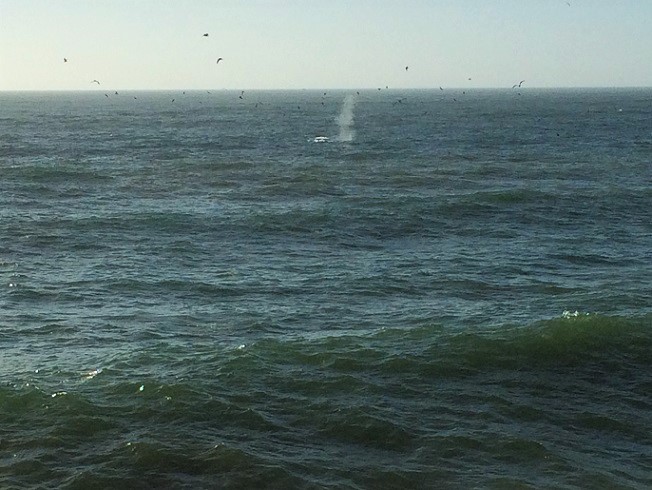 So I went out to Pacifica Pier around 4 p.m. on a sunny Saturday afternoon,  hoping that I’d maybe see a whale. I was disappointed to find access is truncated – the pier is shaped like a shallow L, but the short arm was closed off after a big storm damaged the parapet. (In the picture below, you can see the concrete slab of the wall has been pushed in by the waves. I wish they’d repair it!) 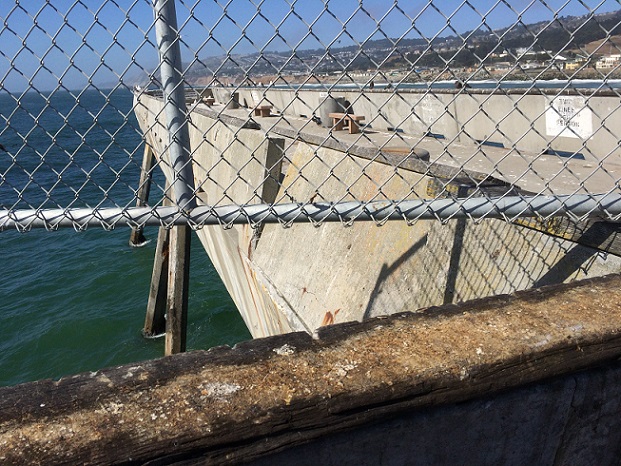 In the fine weather, the Pier was crowded.  Lots of people were fishing, lots of others walking around. My hopes rose when I saw a couple of people armed with cameras with lenses as long as my forearm… maybe they were seeing whales? I only had my iPhone camera, but thought maybe I’d get some distant sightings.

I didn’t have to wait long. Almost immediately, I could see the puffs of whale-spouts in the distance, north of the pier.

Soon I could even see the whales when they surfaced. Flocks of birds surrounded them. As they fed, the fish that escaped them fed the gulls and other sea-birds. After I’d been there an hour or so, I wanted to leave. Except, I couldn’t. Every time I started to leave, more whales swam by. 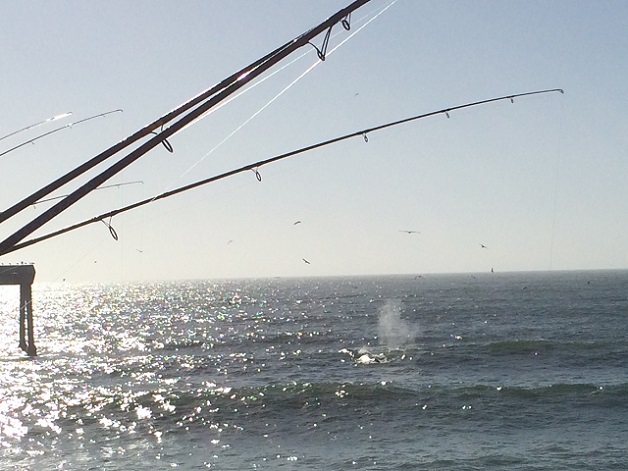 Finally, one came in so close, it was inside the surf line. Someone next to me was explaining to a friend that it was likely a calf, and the shallow water was easier to breathe in. It was almost alongside the pier. After a minute or two, it turned around and swam back out. 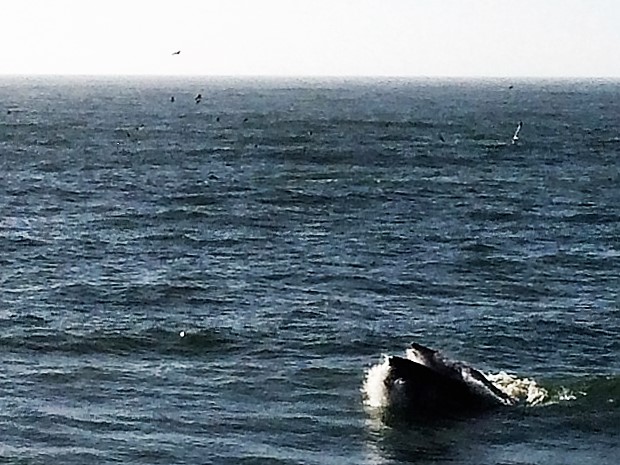 One thought on “Humpback Whales in Pacifica”