So the other evening, I was driving home from Westlake Mall, and instead of taking the freeway or the Great Highway, I took Lake Merced Boulevard. As I turned, I saw a jet of fire behind the gas station. It looked like a chimney emitting flames from a furnace. I drove closer to see what it was, and couldn’t figure it out. It was behind the fire station, which was closed. (It was pretty late at night.)

So I called 911 and said I could see this column of fire. After they nailed down the exact location, they said it was a gas flare.

A gas flare? In the heart of Daly City? Behind a gas station and a fire station? I’d only ever encountered gas flares in petrochemical factories or oil-fields. 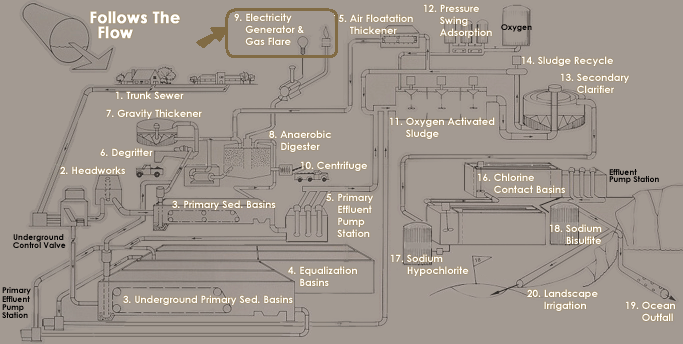