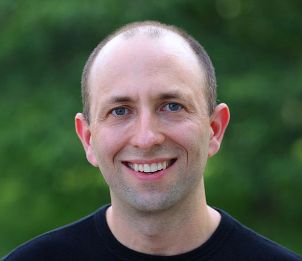 A couple of weeks ago, Joel Engardio contacted me. He’s running for District 7 supervisor. (Some of you may already know – as I didn’t – that the current District 7 Supervisor, Sean Elsbernd,  terms out this year.)

Joel doesn’t like the idea of wasting millions of dollars to cut down trees, close trails and deny access, use toxic pesticides on public land, and destroy habitat. He wanted to use some of the pictures from the SutroForest.com website (of which I’m webmaster) in a short video. Sure, I said. That’s a cause I believe in. (He asked separate permission for photos on the site that were taken by someone else.)

Clicking on the picture below will take you to the video he made. It’s sensible and  it’s beautiful and well worth watching. (Also see the Comments below.) 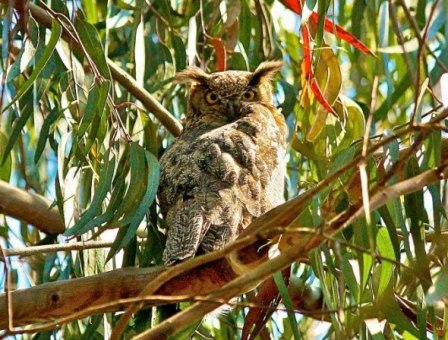 He’s not a single-issue candidate, though. Here’s what his website says he stands for: Common Sense. Accountability. Fiscally Responsible. Socially Progressive.

I asked if he wanted to say something here, and he sent me this note:

I’m running for supervisor to bring more common sense and innovation to City Hall. We must champion the entrepreneurial spirit to create jobs and fund the programs we need. Throughout my career, I have fought for the social issues San Francisco cares about like marriage equality, immigration and human rights. As your supervisor, I will fight for the fiscal responsibility and government efficiency San Francisco needs to be a vital and vibrant city that works for everyone. Every effort by City Hall must be held accountable and measured for success. I’m running in District 7, but will work for all San Franciscans. That’s why people are supporting me citywide. Please join us: www.engardio.com

I don’t know who else is running for District 7, so I’ve no idea what they stand for. But I have to say I’d be pretty happy to have Joel Engardio as my Supe. Or even as a Supervisor, even if it’s not for my district… 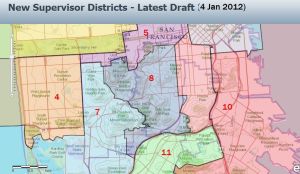 Right now, Forest Knolls is in District 7. But as readers of this site will know, we’re in the middle of the ten-year redistricting exercise. The initial draft planned on moving Forest Knolls, Midtown Terrace, The Woods all into District 8. The Supervisor there is Scott Wiener, and he’s there until 2014.

Meanwhile, the West of Twin Peaks Central Council is fighting to keep these neighborhoods in D7. (The report on the meeting to discuss that is here.)

Here’s the map they propose: 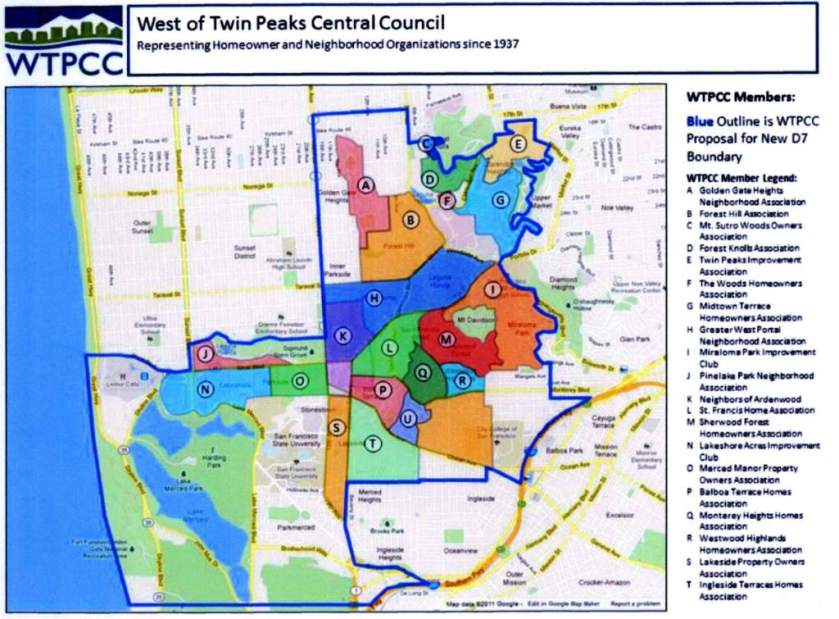 Chances are that WoTPCC will prevail. We’ll know by April 15th, 2012. That’s when the redistricting commission has to submit its final map.